Applebee’s is offering $1 Long Island Iced Teas every Friday until the end of the year. Let that sink in.

Oh, my bad, I forgot that you can purchase $7 Applebee’s Long Island Iced Tea Hangover Prequel Pitchers for $7. Obviously this is a late stage Applebee’s Hail Mary, desperately hoping to entice college students and recreational alcoholics to come in and maybe also try some of their disgusting cuisine. That’s right, the franchise that hoped to distract weary travelers with wall-to-wall tchotchkes into accepting their sub-7-11-rolling-hotdog level cuisine, is struggling, and instead of focusing on what the actual problem is, they decided to put all of society at risk by offering very cheap drugs.

This is like if McDonald’s started slipping because people collectively decided they want their heart to work properly and in response, they started offering nickel Oxycontin.

This is bad. Bad for anyone driving home on a Friday evening. Bad for anyone who takes advantage of this offer. Bad for any of the servers and bartenders who have to serve people excited for $1 Long Island Iced Teas made by Applebee’s.  Bad for the families of people who purchase or even think it’s a good idea to purchase $1 Long Island Iced Teas from Applebee’s. Bad for law enforcement officials. Bad for everyone who’s not the one person who came up with this idea. Bad for the already poorly perceived island of Long Island. 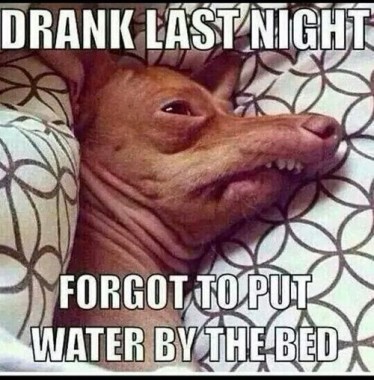 This is Applebee’s last resort. Even Arby’s isn’t resorting to offering $1 opium-laced roast beef sliders. As someone who has driven across America, I know the limited options for hungry travelers and had to resort to thinking Applebee’s might be edible. I traversed their blatantly pandering local sports memorabilia and cynical decor to sit at their Ikea-level booth and force down their vile bastardization of a hamburger delivered by an under-paid and desperate student.

I do not weep for Applebee’s. I do weep for what appears to be the collateral damage that will be left in the wake of their, “let’s take out as many of them as we can with us” attitude. I hope you die, Applebee’s and I hope the corpse of Bennigan’s reaches up and drags you down to crappy franchise Hell with it.