What was supposed to be here was Part IV, the final installment of a fiction series I was writing. Like I said, SUPPOSED to be here. Instead, this morning, I’m forced to write this quick and simple note to silence the angry mob in my brain shouting at me for my idiocy.

You see, today I learned the most important lesson of writing since the invention of the word processor: CLICK SAVE!

That’s all. All you have to do is click that little save button and all will be well. What you’ve written, what you have created out of whole cloth from the synapses firing in your brain in your own unique way may only be preserved if you proactively click that ever-so-helpful save button.

That’s right. I spent two hours crafting an ending to my little tale of a self-loathing narrator only to wake up, turn on the computer and turn myself into the self-loathing narrator by realizing it was all gone. I was going to put some final touches on it, maybe find some images to accompany it, add some tags, yet, alas, I cannot because I didn’t do that all important step and click the damn save button. That’s all I had to do!

It’s the opposite of a guy who accidentally gets a woman pregnant. All you had to do is NOT click the metaphorical save button by pulling out or wearing a condom and nothing would be saved. It’s really simple not to get someone pregnant. That’s why I have no sympathy for guys who are upset about paying child support. It’s also why I expect no sympathy for my error. Because all I had to do was click save. All I had to do to impregnate the internet with my brain splooge was to click save.

And yes, I could have taken this time to re-write what I had written. But the rage I feel at myself is too loud to hear any other coherent thoughts.

I guess all that’s left to do is to dye my hair black and listen to Morrissey, or go back to bed, hide under the covers and fart relentlessly to punish myself while hiding from the universe. 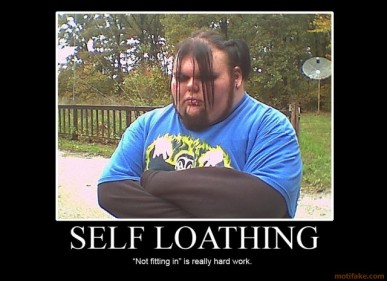 If Bruce Banner gets mad at himself, does he still turn into the Hulk? Does he turn some color other than green? Like when he’s disappointed with himself for doing something stupid, instead of raging into the Hulk does he instead shrivel into a waif thin blue thing called “The Regret?”