The reason I called this blog (which, does anyone have a time machine so we can call this thing something other than “blog”?) “Strangely Naked” is because the mission statement is to present uncomfortably peculiar thoughts I wouldn’t generally say in public, much like showing my naked body to anyone, even myself. This preamble is because I am uncomfortable with what I’m about to write, which may seem too candid, odd and morbidly harsh.

My 35 year old friend recently had a heart attack. I write this not to court sympathy or crocodile tears but because the reactions that invites says a lot more about the person reacting than the person who had the medical emergency.

For some, it was a genuine melancholic concern for a friend. Others, it scared them into throwing out generic platitudes, meaningless cliches like “I’m praying for you,” or “if there’s anything I can do…” Things that rob the person of the intimate honesty that made us all friends in the first place.

If and when it’s me, I want the true emotion and candid thoughts and gallows humor that a life-threatening event like this induces. I would rather wake up in the hospital and be told both my buttocks had to be amputated and I’ll never sit again, have to watch movies and eat dinner standing up or laying on my stomach, than hear blatant lies like banal platitudes that could be alternately used on sympathy, get well, and pregnancy cards.

This person means a great deal to me…not enough to pick up a phone of course because I’m a lazy jerk who hates the phone. This news caused me to confront my own mortality. I stared at Death, who at first appeared to me as the Death from Bill and Ted’s Bogus Journey then I realized that based on my continued existence despite my relentless self-flagellation that Death is a morbidly obese smoker trapped in one of those supermarket scooters with a low battery charge. 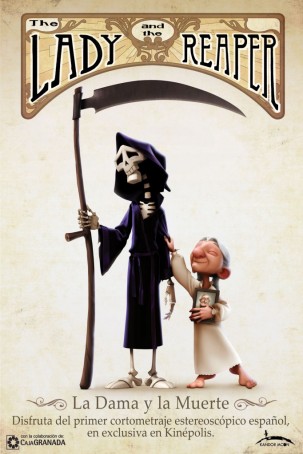 I maintain this was the proper reaction. Yes, it’s crude, but when a traumatic thing happens, don’t we need some anchor in reality? Yes, I did just get through saying how this comment was born out of insecurity and fear, but it was also in the hope that it could be a reminder that we’re all still alive. We all still need to laugh in the face of death. Stare in that huffing, slack-jawed maw of the great beyond and spit into that giant-jowled chasm.

We don’t get that many chances to see the end of it all and instead of cowering in fear, muster up a perfectly timed fart.  If we’re ever going to last a minute without screaming at the injustices of life, avoid spending our waning moments damning the minutia rather than praising the beauty of being, then don’t we need to make some juvenile ha-ha’s to keep from crying?

Of course there were better jokes to be made, but I acted on instinct. Other things I could have said:

My point is that everybody has a different reaction to death. Some people’s emotions draw them to blankly parrot nonsense they don’t believe, others to churn the depths of their emotion to create a delicious emotional butter that gives everyone comfort, and some of us, well, we tend to lean on mockery and inappropriateness, using it like a stick in the spokes of Death’s Rascal scooter to slow him down a bit while we run off giggling for another day.