Gentle readers, you are way too kind. When I told people that I was forced into unwillingly run for president, whether the sentiment was genuine or just something to say, way too many of you said, “I’d vote for you.” While sweet, that is completely unacceptable. I am a self-professed idiot. My views and general demeanor are completely unsupportable even as an idea, let alone a person you would introduce to your parents. Which, I would hope, puts me beyond even conceptually considering off-handed expression of tangential consideration of spite-voting for me. As much as I loathe the current voting structure of most nations, I particularly feel the moral need to dissuade anyone from the very notion of daring to consider sarcastically voting for me. 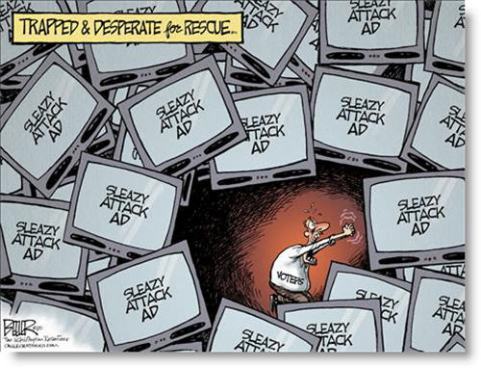 Hence, I have commissioned a public relations firm to work against me. We have spent the last few days crafting an attack ad against me, in an attempt to dissuade anyone from voting for anything other than the established, indoctrinated hierarchy. Here’s an example:

You may think that this relatively  anonymous (provided you do literally zero further research) internet pseudo-personality is somewhat likable, but this is the same person who once wrote: “Abs are a form of self-flagellation.” Are YOU against self-improvement? Are you against personal betterment?  This  future footless diabetic sad-sack Jabba cosplayer obviously is. Good luck to your children if they hope to lose that baby fat! Here’s hoping your future diabetic child doesn’t lose a foot!

Of course, if that were turned into a television ads, it would include images of that tubby kid who picked up smoking and a series of images of me considering and defying the “5-Second Rule.”

It’s pretty easy to dig up dirt on a person who traffics in absurdity. At the very least, anyone who wants to trash me only has to look to me. I am the embodiment of the Malcolm Gladwell 10,000 hours makes someone an expert of hating me. My self-loathing goes way beyond what some crappy advertising firm could dare conjure on their most inspired and vitriolic day.

This is the person who declared that it would have been better to have been a molestation victim. Do you want your CHILDREN to look toward this psychological predator,  to provide this candidate a forum to indoctrinate your children into the cult of nuanced thought!?! Not in this God’s America. The more those children think, the more they will turn against you and your morals and ideals. And who is paying for this ad? None other than the candidate being lambasted! Do you know why? Of course not, ya’ dummies! This elitist is coming for your children! I am the  unfollowable personification of a demon preacher, full of blasphemy, looking to start a cult, recruiting your rebel children, racing toward the open gates of Hell on a tricycle of broken dreams.

I would hope that ad would include a lot of shots of crying children interspersed with those same kids playing on jungle gyms (Is that still an acceptable term?).

But maybe I need to attack my political experience:

Who can trust this candidate? Not me, the candidate, that’s for sure.