The world is conspiring to make me feel like a real dirtbag. Everywhere I go, I’m being told that I’m a bad person for not participating in the “warm and fuzzy” game. There are things setup to look like charity, to make you feel like you’re giving to charity, when, in fact, they are making the worst use of your charitable dollars.

Have you ever seen those “heartwarming” stories about people in the Starbucks drive-thru buying the order of the person behind them and this goes on for like 57 people in a row? Have you ever wondered what happened to the 58th person? Who broke the chain? Well, hello, I am that person who broke the chain, nice to meet you. When the person in the drive-thru told me that the person in front of me paid for my order, my first emotion, after confusion, was anger. Now I’m obligated to pay for the person behind me? Don’t put me in that position. The thing is, I ordered a coffee. Nothing special, no foam, no mixing, no ice, the simplest, cheapest thing on the menu. The people behind me? They were apparently ordering drinks for their entire office. So, in order to keep the chain going, my $2 order is now suddenly over $30. No, that’s not a lot of money, but why should I feel karmically obligated to support someone else’s drug habit?

It seems like every store I go to is having a fundraiser of some sort. It’s always for children and it’s always for a dollar. Seems like a no-brainer, only a monster wouldn’t give just a dollar to fight baby brain cancer or juvenile diabetes, right? Hello, I am that monster. And you know what, screw all of the clerks and cashiers who shake their head at me or even cast a judgmental look in my direction. When you donate that dollar, you’re giving the store a dollar that they then donate and use that as a tax write-off. So your very sweet donation is really just paying CVS or Kroger or Whole Foods or Rite Aid’s tax bill. Do some sick kids benefit in the meantime? Maybe, but if it’s a cause you truly believe in, donate directly to the charity. 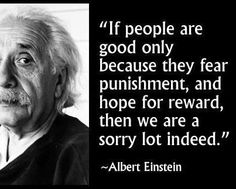 Speaking of causes people believe in, remember the Ice Bucket Challenge? People would challenge their friends to pour buckets of ice water over their head in order to raise money and awareness for Amyotrophic lateral sclerosis (ALS). This raised millions for ALS research, which is great, who could have a problem with that? Presumably only an inhuman piece of personified garbage. Oh, hi there, allow me to introduce myself, I am that inhuman garbage. I don’t have a problem with the challenge per say, but people are really breaking their backs trying to suck themselves off for being heroes for donating $5 and making a self-congratulatory video. Also, ALS doesn’t affect that many people. Maybe focus on Malaria or cancer or texting while driving. But I’m the jerk for wanting to donate and spread awareness of heart disease? 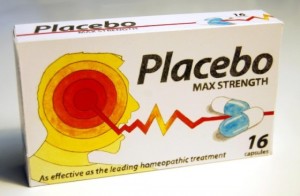 There are a lot of simple things out there that make people feel like they’re doing good, that they are what they tell themselves they are: good people. And if you do these things, more power to you, but don’t make me feel like a jerk for not participating in these societal placebos.