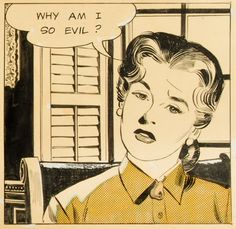 Take Bill Cosby. Should his being a serial rapist (So many people have come forward, do I need to say “alleged”? At this point, I’m wondering if he raped me and I forgot.) affect the way you view “The Cosby Show” or all of the laughs he has put into the world? It’s hard not to have his personal life affect your view of his art. But it’s as okay to to say, “I can’t watch/read/listen/look at that art the same way knowing what I know,” as it is to say, “I like that art in spite of what I know about the artist.”

To stand in judgement of people who enjoy the art of reprehensible people is to be disingenuous. Anybody going to a sporting event should cringe and boo whenever they hear Gary Glitter’s “Rock and Roll Part 2” or “the hey song” as it’s more commonly known. “Daaaaa da da da da, HEY, he was convicted of child pornography.” Sports in general are great…if you can get past the sea of athletes, fans and owners who are racist, homophobic, child beating rapists.

I have only seen a Woody Allen movie AFTER he married his step-daughter and was accused of molestation (those are mutually exclusive accusations…I’ve read). Am I supporting a gross person? Yes. Anyone paying to see a Woody Allen movie since 1997 is supporting a gross–morally ambiguous at best–person. But a person’s art should not be judged by the person who created it…I think. I honestly believe that art and how you digest it, how it affects you, does not and should not have anything to do with the person who created it. Whether or not that’s possible the more you hear about a person is a different matter. We all do it. Let’s just have the intellectual honesty to admit that our moral outrage is arbitrary. 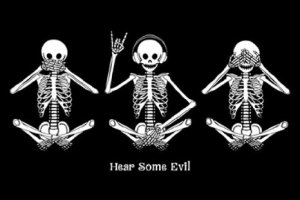 Do you listen to and like The Beatles? John Lennon was an objectively horrible father. His lack of patriarchal responsibility is the reason why “Hey Jude” exists. I personally LOVE and will not stop listening to Michael Jackson’s music and we all know why that’s controversial. In my head, though, Jackson 5 songs alone have brought enough joy into the world to sacrifice the chastity of at least a baker’s dozen children (not me or mine, of course, but some strangers’ kids). And if you stop reading this blog forever because of that atrocious sentiment, I understand. The deeper you look, the darker the abyss.

My point is, we all make our choices about what reprehensible things we overlook in the interest of being entertained, of having the general pain of life be diminished for a moment, or maybe gain some insight on the meaning of this chaotic existence. So, unless you are constantly outraged by every injustice, every moral slip, every heinous act perpetrated by every artist ever, protesting every museum, every video store (how old am I), every music streaming service, every (unnamed denomination) church, and every theater, allow us not to judge others who still listen to or watch or enjoy or find some meaning from the art derived from the hand of a vile human being. There’s still meaning to be had in all art.