It’s about time I goy back to the implied mandate of the idiotic title of this blog and talk about unfortunate nudity. In case you didn’t get the idea from the title, let me assure you and assuage any doubts you may have, this’n gonna be about dude nudity, “dudity,” and a lot of talk about buttholes. The worst of all nudity, the nudity of the average man, which means, most people will react, “oh, oh no.”  In case it wasn’t clear, I will be talking about buttholes…in depth. Not like in the butthole in depth, but in depth about buttholes. You have been warned. 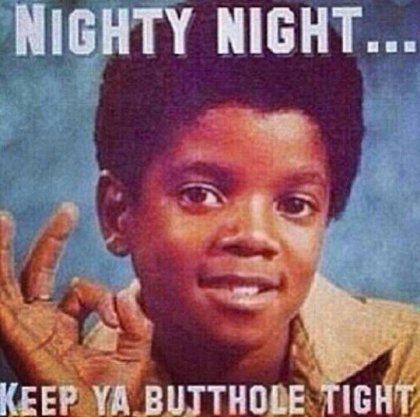 Last Tuesday I learned that Karma doesn’t exist. It started with me wanting to do a good deed and ended with a shockingly smooth butthole.

I was feeling generous and offered to buy my coworker a caffeinated beverage from a massive caffeine-dealer whose conglomerate doesn’t purchase ads on this blog and will not be named (unless they give me a small ice tea, that’s all I ask). I made the purchase without incident. My magnanimity  was rewarded when I decided to stop by an ATM (Yes, I still get and carry cash. Does your meth dealer take credit cards? Your dude has that cube?) and the machine ate my debit card. The bank didn’t open for another 10 minutes so I had to just wait outside their front door like it was some sort of 1920s bank rush. My good deed completely negated by technological malice. 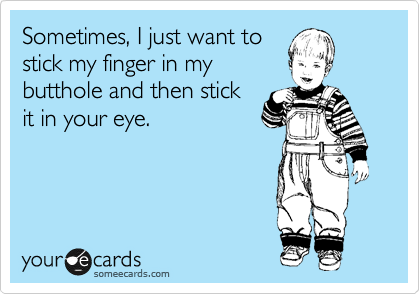 The drive from the bank back to my office is five minutes max that ends with a 1/2 mile drive down a straight street. On that street they’re building a new, upscale strip-mall. When I turned down that street, I can see about 100 yards off one of the construction workers bent over trying to pull something up from a hole they dug in the street. From 100 yards off, I could see his butt. Not a plumber crack, the whole butt.

This guy, despite it being in the 30s (Fahrenheit, 3.33 C) payed no mind to the entire expanse of his butt cheeks getting glazed with a thin sheet of frost kept vigorously yanking at whatever was in the earth agitating their progress. This yanking caused his pants to sink lower and lower.

As I locked my gaze onto his suspiciously hairless butt, I was assaulted (or “regaled” depending on perspective)  with an ever-growing expanse of human anatomy. As he tugged, his pants fell lower and lower to the point where I can only assume he was an aggressive nudist. As the title implies, he had such a casual disregard of his public display of nudity that he continued to shake his pants as low as they would go until I had a full view from butt to nuts.

I saw his nuts and his butthole. I’ve only seen my butthole once, yet I’ve seen this stranger’s butthole. Think about that, how many buttholes have you seen in your life? Not online, in real life. Buttholes are like meteor showers, so rarely do you see one that when you do, you should make a wish.

I know more about this construction workers bits than he knows about himself. Inadvertently, I know that he is suspiciously hairless around his butthole but has coarsely haloed testicles. I know this now just from trying to drive back to work after buying a coworker a now luke-warm  beverage. If karma exists, it’s a butthole.